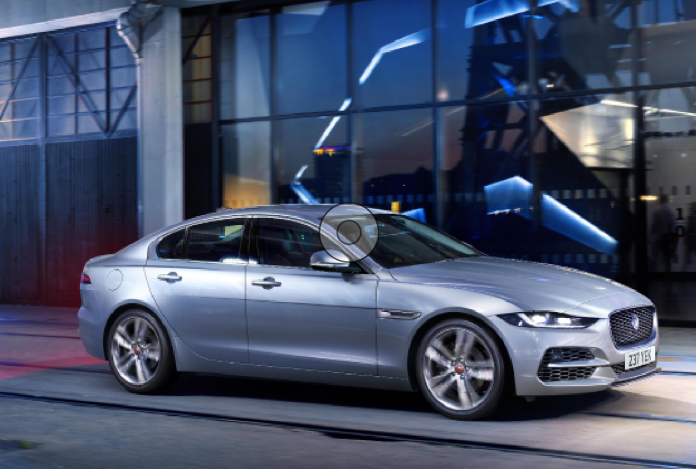 Jaguar remains one of the most evocative brands in automotive history with a gallery of iconic models adorning its 90 year history.

In common with other prestige and sporting manufacturers, Jaguar faced the reality of business in the 21st century and the need to develop models that appealed to the business market which led eventually to the launch of the XF and then the XE, competing with for example, BMW 5 Series and 3 Series respectively.

The recent facelift adds even more to what was already a great package. The exterior has been thoroughly redesigned and looks wider, lower and overall more aggressive. This is possibly what Jeremy Clarkson was referring to many years ago when he coined the term “Jaguariness”. Combined with sportier bumpers and new LED lights, the appearance promises more of what is expected from the brand and it actually looks more expensive that its predecessor, despite a very competitive price reduction. There’s around a £1,700 saving against a like for like model from the outgoing range!

The interior has been significantly upgraded not just cosmetically, but in terms of the much higher quality of the wood and plastics in the centre console and more luxurious leather for the seats. Again, it looks and feels more expensive and more in tune with brand credentials; testament that Jaguar has listened to some criticism of the old XE levelled at the interior materials. It’s now back to being that magical Jaguar combination of luxury, sportiness and with a little touch of the boardroom.

There are three trim levels defined as ‘S’, ‘SE’ and ‘HSE’, each in turn upgrading the standard package and you can add R-Dynamic to any trim for an extra level of cosmetic extras.

The focal point of the interior is the Touch Pro infotainment system, lifted directly – for very good reasons – from the I-Pace. This becomes Touch Pro Duo in HSE versions, referring to the fact that communication, audio and satellite navigation are hosted by a large 10.2 inch screen with a second, smaller screen for minor functions such as climate control. Below and in front of the gear lever is an extremely neat wireless charging pad and the gear lever itself contributes to the overall sporting look with design cues from the F-Type.

It would be an enormous let-down if the engines did not meet the promise of the sporting good looks of the XE and they most certainly don’t. The new model comes with a simplified choice of one diesel and two petrol. The diesel unit delivers 180PS in both the RWD and AWD versions and the petrol has 250PS in RWD versions and a thumping 300PS for the AWD. The power reaches the wheels through an 8 speed automatic transmission and all engines are 2.0L, 4 cylinder turbos. Although this means that they don’t sound great, they perform brilliantly and with enormous pressure on manufacturers to reduce emissions, combining a turbo with a 4 cylinder engine is simply the best solution offering similar power capabilities to thirstier 6 cylinder units.

Whereas the interior and exterior design and quality did need improving, the dynamics and mechanics of the new XE are similar to the outgoing model because they were already excellent.  Steering is extremely responsive along with superbly agile handling, as good as the best German counterparts and when not being pushed through the bends, it glides effortlessly with a degree of refinement that is rare elsewhere. Acceleration from all engines is potent, with no detectable turbo-lag and could be described as exhilarating in the 300PS petrol.

Altogether the new XE is the complete package offering style, substance, performance and quality, whilst at the same time being more competitively priced than previously. It meets German competitors head on and builds in a real difference: “Jaguariness”.

FOLLOW US
© Essential Fleet Group Ltd 2021
We use cookies on our website to give you the most relevant experience by remembering your preferences and repeat visits. By clicking “Accept”, you consent to the use of ALL the cookies.
Cookie settingsACCEPT
Manage consent

This website uses cookies to improve your experience while you navigate through the website. Out of these, the cookies that are categorized as necessary are stored on your browser as they are essential for the working of basic functionalities of the website. We also use third-party cookies that help us analyze and understand how you use this website. These cookies will be stored in your browser only with your consent. You also have the option to opt-out of these cookies. But opting out of some of these cookies may affect your browsing experience.
Necessary Always Enabled

Performance cookies are used to understand and analyze the key performance indexes of the website which helps in delivering a better user experience for the visitors.

Analytical cookies are used to understand how visitors interact with the website. These cookies help provide information on metrics the number of visitors, bounce rate, traffic source, etc.

Advertisement cookies are used to provide visitors with relevant ads and marketing campaigns. These cookies track visitors across websites and collect information to provide customized ads.

Other uncategorized cookies are those that are being analyzed and have not been classified into a category as yet.