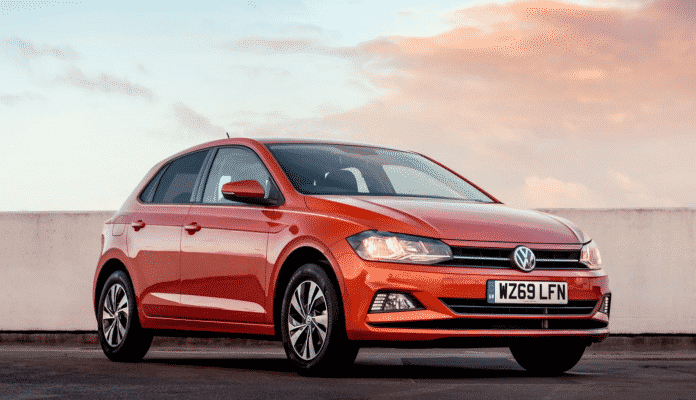 The Volkswagen Polo has been invigorated with the addition of a Match trim level, adding a host of extra equipment over the award-winning Polo SE which it replaces, with only a minor revision in price.

As per the outgoing SE, the Polo Match gets three engine and gearbox configurations – all 1.0-litre three-cylinder petrol units. The 80 PS EVO engine is available with a five-speed manual, while the 95 PS turbocharged unit can be combined with a five-speed manual or a seven-speed DSG transmission. Low running costs are promised by both engines, with WLTP-certified CO2 emissions of 125 – 139 g/km, while fuel economy on the combined WLTP cycle ranges from 42.8 to 51.4 mpg.

The Polo Match starts at £16,465 RRP OTR for the 80 PS variant, which represents a £785 value boost over the outgoing SE version given the generous amount of standard equipment and small price rise of £200.

The additional equipment on the Match bolsters the already plentiful package offered in the outgoing SE trim level, with standard-fit items including Car-Net App Connect with Apple CarPlay and Android Auto, an 8.0-inch Composition Media infotainment system and lumbar adjustment for the front seats.

Lisa Hartley, Polo Product Manager at Volkswagen UK, said: “The Polo is a stand-out model in its segment, with multiple accolades praising its talents, including its recent trophy from the What Car? Awards – the second time in two years that the Polo has triumphed in this category. This new Match trim replaces SE with a considerable bundle of additional equipment, and makes the Polo even better value for money.

“The Polo goes from strength to strength, so giving customers extra and improving a celebrated all-rounder in this way should only bring more good news for our second best-seller in the UK.”

FOLLOW US
© Essential Fleet Operator 2020
We use cookies to ensure that we give you the best experience on our website. If you continue to use this site we will assume that you are happy with it.OkNoPrivacy policy